Saying that teenage rebellion is natural is like saying that girls are incapable of academic excellence because they are too emotional. As a culture, we have come to accept and expect rebellion in our teenagers. I would like to challenge that sense of inevitability and lend some understanding and encouragement on the subject.

Of course, adolescence is a time of testing, and there is a natural desire and need to individuate and explore. It is an important time of development. With hormonal changes and the pressure cooker of peer opinion, this is a difficult time when our teenagers need us most. 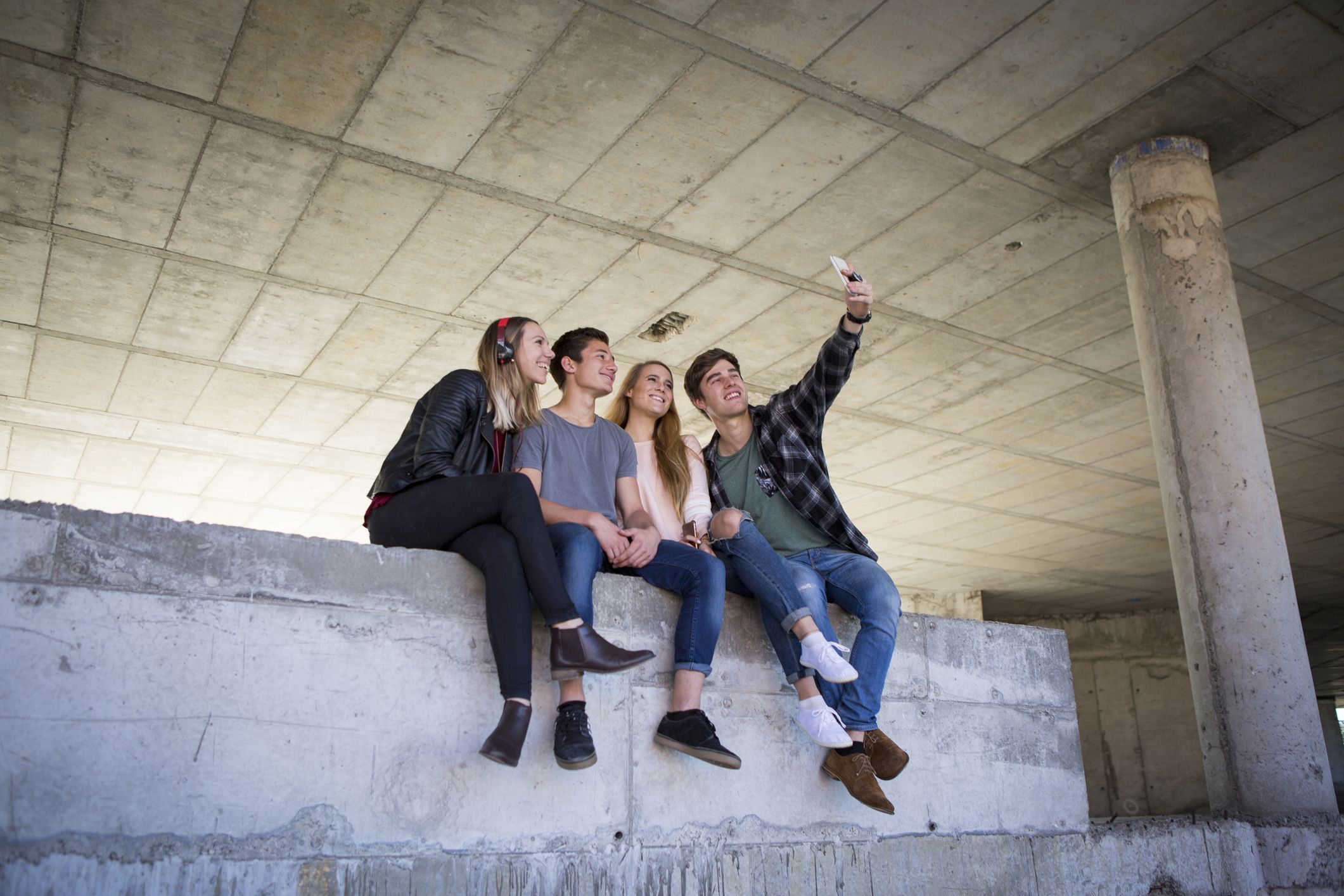 As teens prepare to go out into the world on their own, they must know that they are capable of navigating successfully. If you, as their parent, can't handle their strong feelings, the pushing of limits, and their verbal combat, then how do they know that other people can handle them? They need to know it's safe to express strong emotions and opinions appropriately—in other words, that "it's safe to be me." When children and teens do not feel heard, understood, or respected, their natural budding autonomy and individualization can mushroom into enthusiastic rebellion. Rebellion can be a sign that teenagers have gotten stuck in "oppositional addiction" and are now committed to proving that no one can control them.

It Take Courage to  Parent a Teen

Yes, it takes a great deal of maturity to stand in the face of a belligerent teenager and stay calm. They get in your face with some pretty intense energy. The most sophisticated CEOs who manage giant companies have been known to melt down in the presence of their teen. Any parent of a teenager knows that remaining calm in the face of testing is taxing, to say the least. If anything makes us grow up as parents, it's our teenagers. I once read a very poignant quote on a greeting card that applies here: "Adolescence is a period of rapid changes. Between the ages of 12 and 17, for example, a father ages as much as 20 years."

There are some keys that can make this time more gratifying. One key that helps is to remember that testing and challenging limits are healthy ways for teens to discover and define themselves and their place in the world. It is imperative for parents to provide a loving sounding board for teens to act out their defiance in order for them to finish building their confidence and self-esteem.

Another key is shifting your mindset. As Dr. Beth Halbert, a licensed clinical psychologist specializing in teenage behavior says, "Teenagers play with words the same way little kids play games with toys... and they make up the rules as they go along." If we receive the testing as a game of sorts, instead of making their behavior bad or wrong, we provide a secure space for teens to discover who they are. However, if we under respond or overreact, then they get a skewed outlook of themselves and their place in the world.

A third key is for parents to effectively assert one of their most important roles: setting clear boundaries appropriately. Recent brain research shows that what teens need most during this time of massive brain development, hormonal upheaval, and peer pressure is stable, loving, and consistent adults to mirror back accurately so they can connect the dots of their behavior and make better choices. When teens are overly rebellious, it indicates that they need firm boundaries along with greater understanding, patience and more effective skills—not more aggressive policing and punishment. The more firm and calm you remain, the better the feedback mechanism for their individualization and growth.

In a previous article "Praise—Sweet Destroyer of Self-Esteem," one of the myths about how to develop self-esteem in children is that it is important to use abundant praise. It was also once believed that parents need to show kids that we are the boss, or they'll get out of control and abuse their freedom. However, if we are their boss, they do not learn to be the leader of their own lives. What they do need instead is a solid role model in their family of loving strength from which to realize their impact in the world. Families are the first microcosm of the world they will be a part of. The more we encourage them to be true to themselves, feel and express their feelings fully (even the nasty ones), and voice their viewpoints respectfully, the calmer, more confident, and happier they become. They learn that they influence their world—for better or for worse. Unlike pleasing and compliance, in which children and teens are looking for approval, when a teen gets stuck in the habit of rebellion, they are reacting to someone's control or opinion of them. They may oppose the parent or teacher, not because they really want to but because they feel that they don't have a choice. To agree is to give up their sense of self, their individuality and autonomy. However, staying in teenage rebellion is not a free choice. They are typically fighting against an idea or person because they are in the habit of opposing, even if they may be in agreement.

Just like the child who is locked into pleasing others to be loved, the child who continually opposes is locked into teenage rebellion that is just as binding. They tend to lose themselves in the process, because they are in reaction rather than making conscious decisions from a place of self-esteem. Those who rebel are still focused outside of themselves, still leaning outward, but this time away from others—even at the expense of what is truly important to them. If teens' attention is captivated by being the exception to the rules or by rebelling for the purpose of "being an individual," they can lose their internal compass to be happy and fulfilled. They're not waiting for their next dose of praise; they're waiting for the next battle in an ongoing power struggle. Power struggles can become an addiction. Instead of practicing being true to themselves and what they truly want while also learning to be respectful of others, they form an identity around resistance to others.

When this pattern gets fixated, children and teens only experience their impact as a result of opposing, not actually asserting their own unique talents and contributions. They miss out on the natural enfoldment of intrinsic rewards because they are too busy picking fights and proving to everyone else that they can't be controlled. Now, their meaning revolves around how thoroughly they can oppose others for the sake of proving their individualization. The result is often distance in healthy relationships and an alienation from community.

Scenario:
You give your 17-year-old son permission to use the family car to go to a school dance as long as he is home by midnight and does not drive with more than two or three friends in the car. He agrees to these terms.

Your son arrives home at 12:45 a.m. and has caused you unnecessary worry. Not only has he broken his agreement to have the car back at midnight, but you received a phone call from a friend who saw him with a car full of kids in an unsafe situation. You are furious. What do you do?

Typical parental reaction:
If the parents are in reaction, they might yell at their son for 20 minutes, lay guilt on him, ground him for a month, take driving privileges away for three months, etc. This plays perfectly into the teen's mindset. He can easily feel that the parents' response is unfair, unjustified, and over the top, and he may be filled with a combination of anger, resentment, shame, guilt, revenge, etc. Not really conducive for skill building, relationship connection, accountability, or mutual respect. And as long as he can make his "crazy" parents the issue, their influence is dismissed.

Loving and firm response that builds healthy self-esteem:
Responding from a place of mature love and firmness would look a lot different. The son comes home late, and the parent responds by telling him how relieved they are to know that he is safe. Then they tell him it is late and they are too upset to discuss what the consequences will be for breaking his agreement with them. Then they go to bed—yes, that's right! This strategy allows the teen to stew all night wondering what the consequences will be; it gives him time to think about his actions, how he worried his loving parents, and how he possibly jeopardized the lives of his friends.

By morning, everyone has calmed down, and you as the parent have had time to think about how you will respond—increasing the likelihood of an influential conversation with your teen and a successful response that is both loving and effective. Some possible consequences could be losing driving privileges for a month, doing some extra chores to make up for the lost sleep of the parents, an earlier curfew for a limited time with an opportunity to be prompt and restore trust, and some loving action to repair for the worry he caused you, such as an apology.

If the teen blew it because of peer pressure, now is a time to reinforce the skill of how to say no in an age-appropriate and effective way. Perhaps this is the time to talk about different ways he could have handled the situation and still kept his agreement with you, such as bringing his friends to the house on time and asking if they could play Xbox together for the next hour in the safety of your home. The child or teen, not another person—including you—has control over the results they create. Therefore, they need to learn to connect the dots of their behavior with the actions they choose. If they are in reaction to our emotional fury, it is impossible for them to download this wisdom. However, when we set appropriate, loving, and firm boundaries for them with clear consequences for their behavior, they tend to assess how they are interacting with others and recognize the results of their behavior. Teens build their maturity and learn to make wise decisions through making mistakes within a safe and secure space. The more we can remain calm while also being firm and resolute in our values, the quicker teens will internalize those qualities and pass through the defiant period smoothly, while developing greater confidence, skills, and poise.

For more support or new parenting skills in your tool belt, feel free to explore all the great resources at Heartmanity.com or reach out for more personalized help through the mentoring programs available.

Jennifer A. Williams / Parent Coach
Jennifer’s mission is to create thriving relationships at home and work. She coaches children, teens, and their parents in her private practice located in Bozeman, Montana. Jennifer is a parenting instructor of Redirecting Children's Behavior and an Instructor Trainer for the International Network for Children and Families. She's been a parent educator for the past twenty years. Jennifer is also the author of "The Building Blocks of Emotional Intelligence for Children" and co-author of "Hacking the Teen Brain" courses. She frequents homes and schools as regularly as a behavioral consultant to help with challenging behaviors. Jennifer is married to her beloved husband of 39 years and is the mother of three grown children. 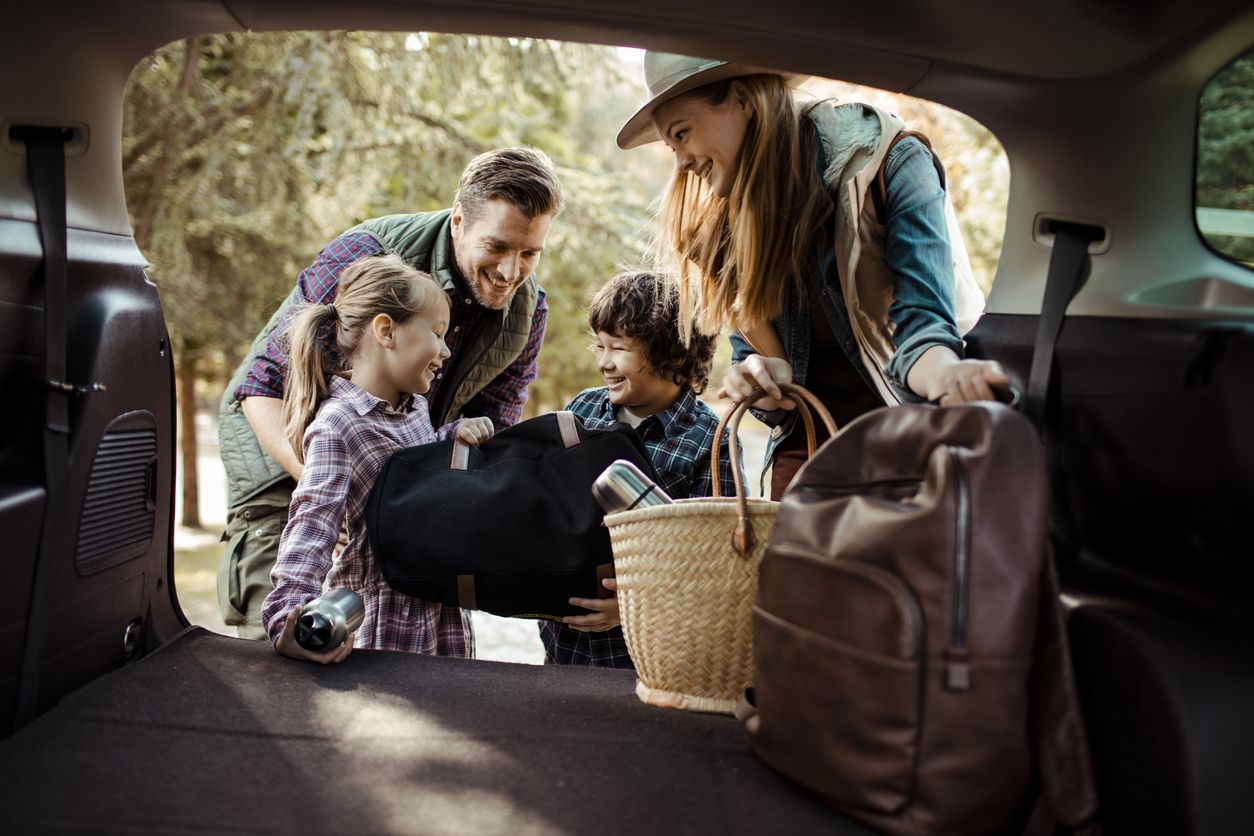 Tips to Help You Survive—and Thrive—as a Blended Family 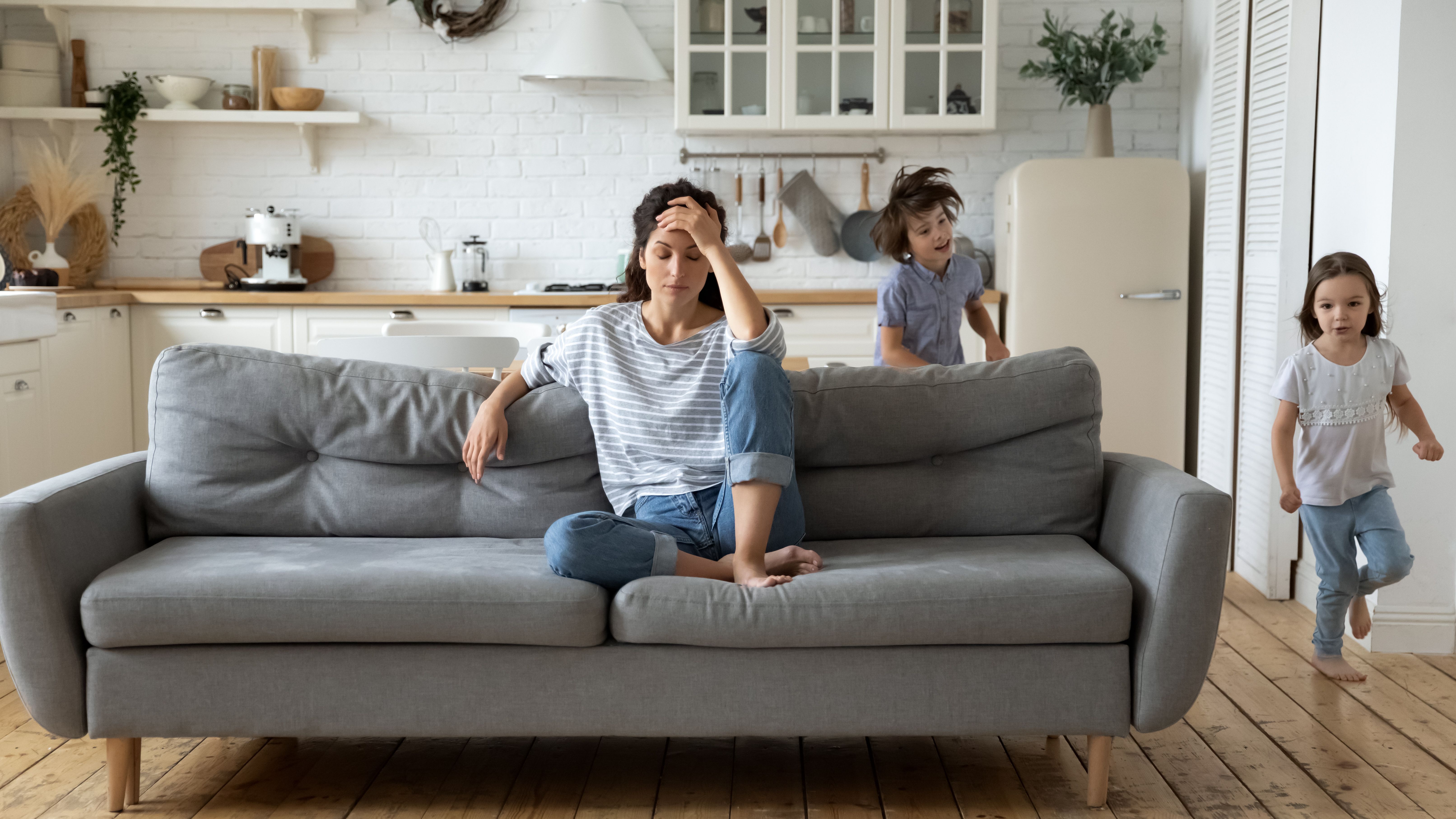 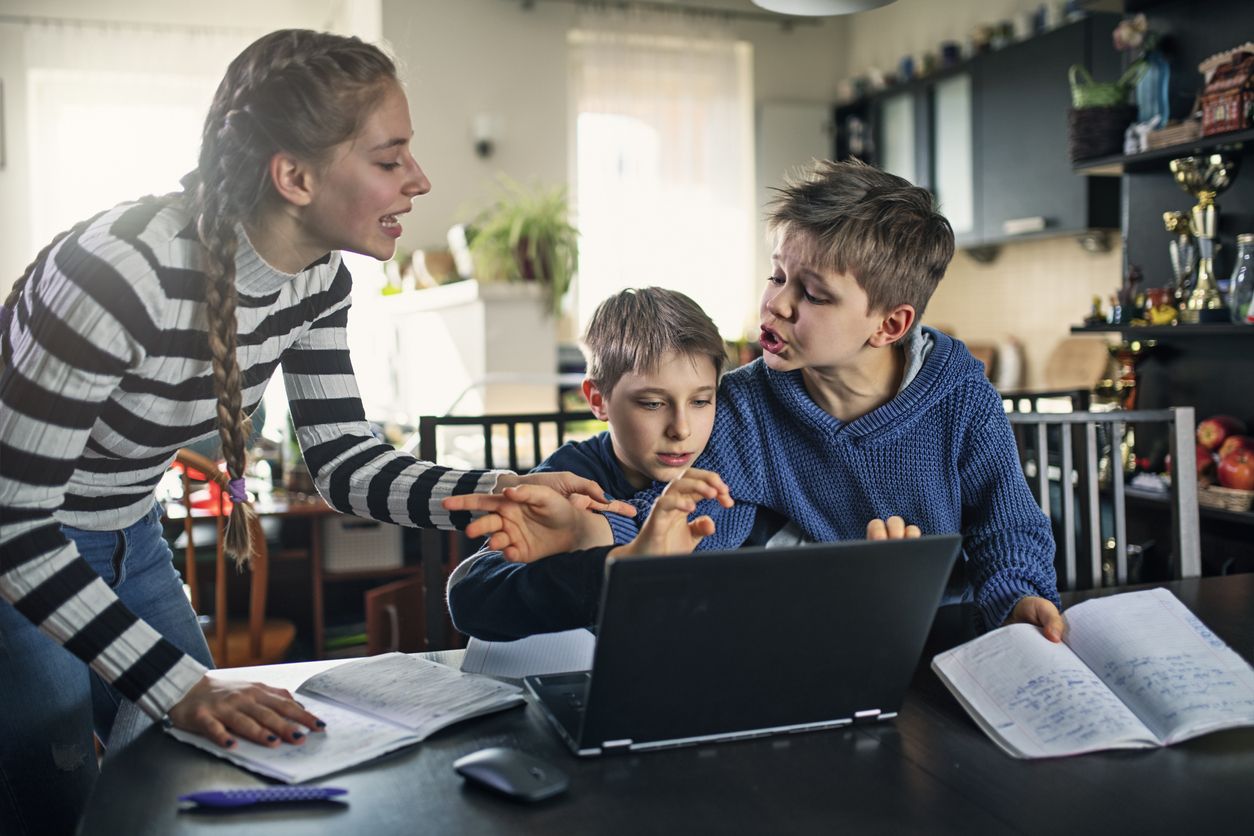 How to Engage and Entertain Children When Stuck at Home 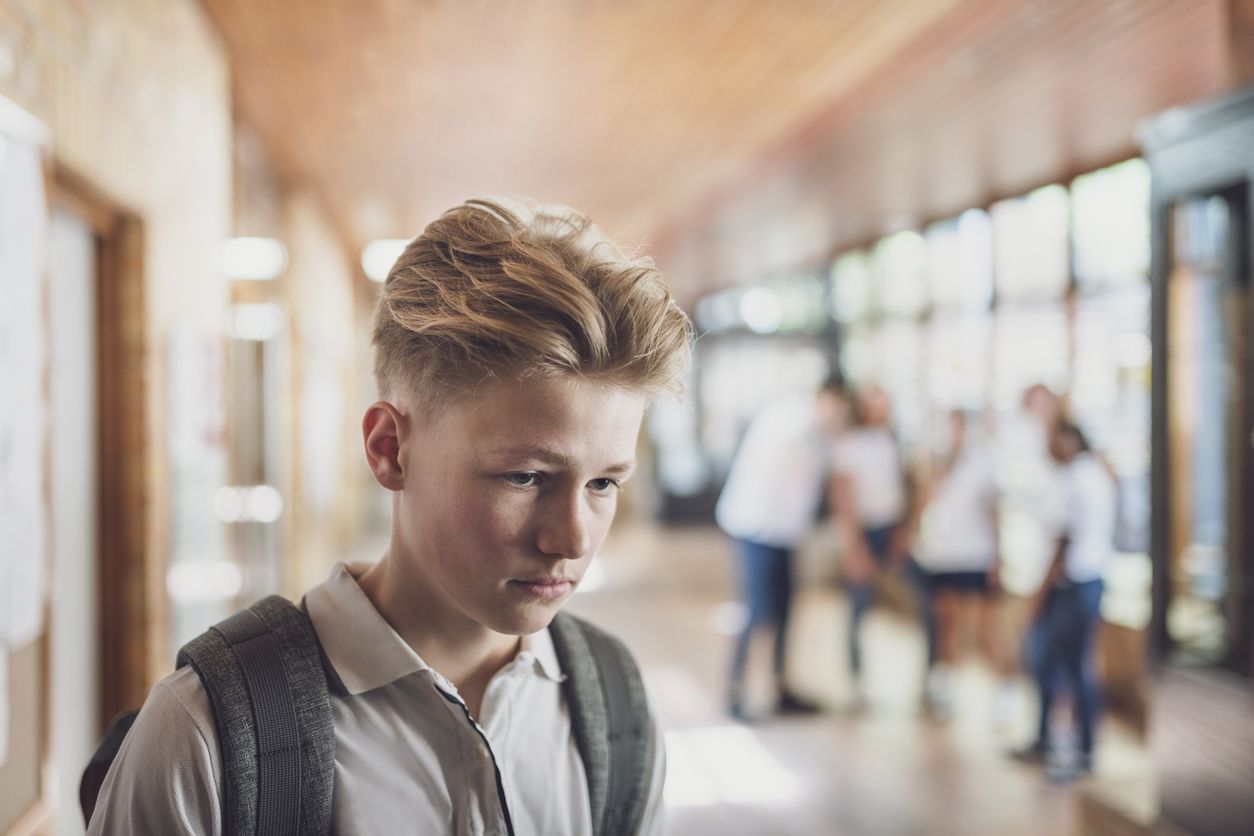 Are You Worried Your Children Don't Know How to Cope? 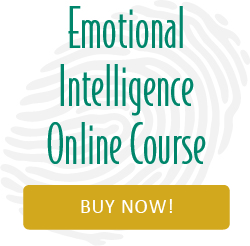