What Is Emotional Intelligence?

Gone are the days when intelligence was a test score or a number on the IQ scale. Thanks to modern technology, from brain scans to social media, the idea that intelligence is more multifaceted than book smarts is becoming widespread. By now, you've probably heard the term emotional Intelligence. But what does it mean to be emotionally intelligent?

It’s easy to think emotional intelligence is all about dealing with mushy feelings or reserved for those who are "too emotional." On the contrary, Emotional intelligence or EQ (as it’s commonly abbreviated to mean Emotional Quotient) is actually an idea born from psychological research backed by neuroscience. While IQ is a household term, EQ is still carving its way into the popular vernacular.

Simply put, EQ is a person’s awareness of their own emotions and the ability to use that awareness in life situations. How well do you understand yourself? And do you use that knowledge to succeed in life and the world around you?

In the widely-recognized book "Emotional Intelligence 2.0," EQ is defined as: “your ability to recognize and understand emotions in yourself and others, and your ability to use this awareness to manage your behavior and relationships.” Knee-jerk reactions can point to a lack of emotional regulation needed for management.

Emotional Intelligence—and Why It Can Matter More than IQ

Did you know that EQ is one-third of Your Personal Intelligence? We get a lot more behind-the-scenes access nowadays: doctors can see inside your brain, you can see inside celebrities’ lives, and at any given time you can follow world leaders on Twitter. For good or ill, we see the “why” behind people’s behavior more than ever. And the more we see the workings of human intelligence, the more clear it is that IQ isn’t everything.

Since scientist Edward Thorndike first wrote about something he called social intelligence in the 1920s—“the ability to understand and manage men and women, boys and girls”—the idea that intelligence is multifaceted has spread like wildfire. Only 70 years later, Peter Salovey (President of Yale University) and John Mayer (the Einsteins of EQ theory) coined the term Emotional Intelligence. By the 90s, EQ entered pop culture’s consciousness thanks to a book by New York Times science writer Daniel Goleman. The point is: it’s fairly new. Compared to Einstein or the IQ test, which was developed in the early 20th century, EQ is an infant. 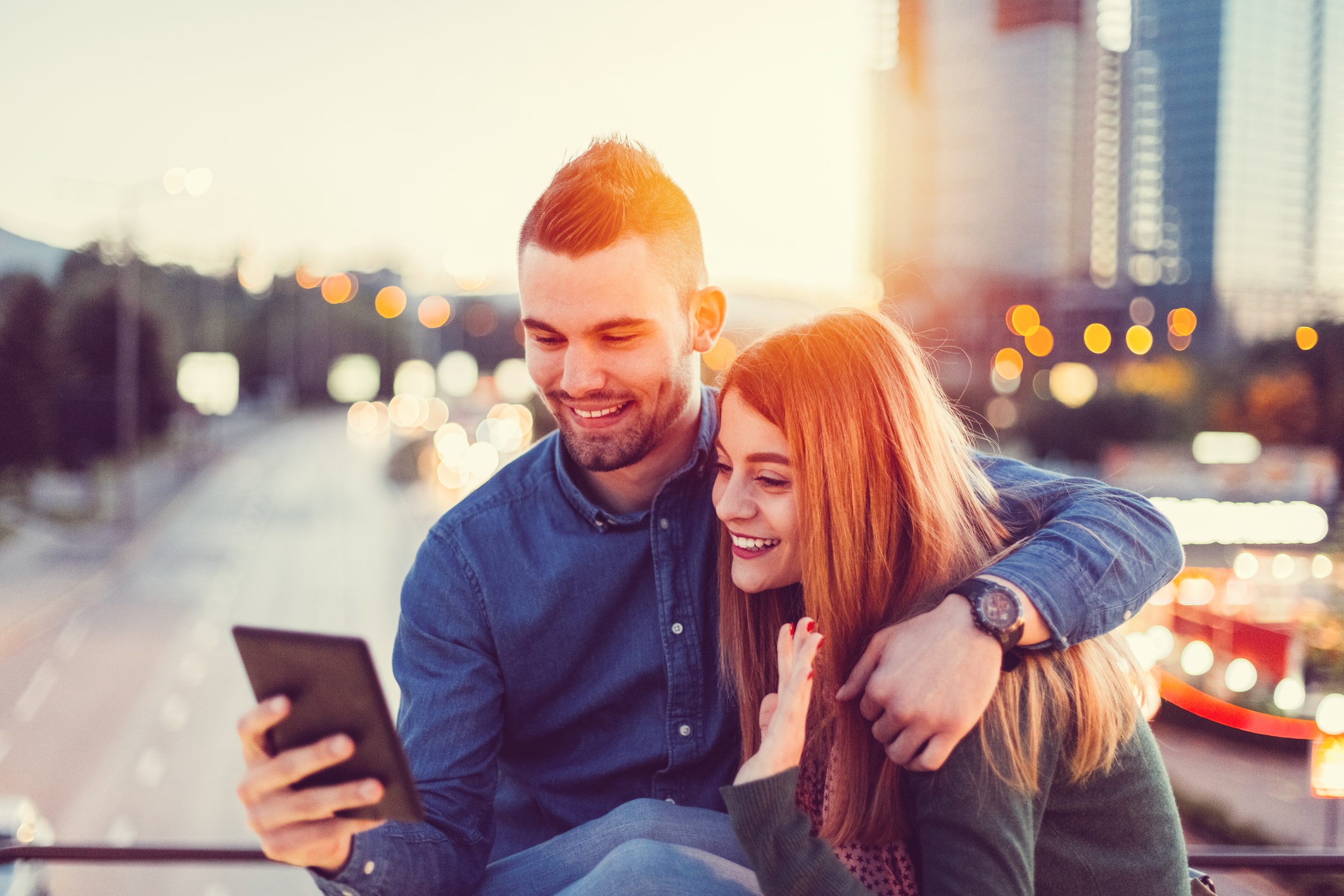 The Four Pillars of Emotional Intelligence

Emotional Intelligence is a broad term. Before diving deeper, let’s revisit the definition: EQ is a person’s awareness of his/her own emotions and his ability to use that awareness in life situations.

You can think of EQ as a stairway to success, and researchers have broken it up into four main steps:

Self-awareness.
EQ starts with understanding yourself. Being able to recognize your emotions is the first step, and this ability is not as easy as it might seem. Some researchers further separate “self-awareness” into categories like self-actualization, self-regard, and emotional self-awareness. Anyone who’s witnessed a tired child’s temper tantrum can probably understand that humans don’t necessarily come with emotional self-awareness built in. But the stronger your understanding of your emotions, the stronger your overall EQ will be.

Self-management.
The next step after recognizing your own emotions is regulating them. There are actually a few things EQ theorists say you need to do before you can successfully manage your emotions. 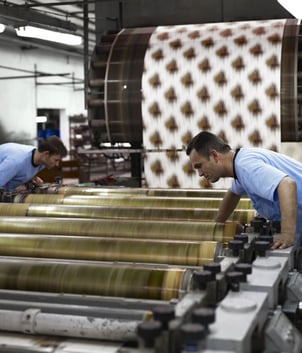 2) Understand those emotions and distinguish them by name.

3) Interpret the true meaning of those emotions based on context.

4) Then, finally, you can manage your emotions.

Self-management implies taking your self-awareness deeper and coping with and expressing your emotions appropriately based on the situation and relationship.

People with strong self-management skills are confident in their independence because they understand themselves. They are assertive but not overbearing because they understand how to regulate and express emotions in a healthy way. And even when things go wrong, a person with well-developed emotional management skills will self-calm before addressing the problem or erupting onto others.

Related reading:  "Why Emotional Intelligence is Crucial in Business Today"

Social awareness.
The third pillar of EQ is the ability to understand the emotions and actions of those around you. For well-developed EQ, it’s not enough to be smart in your own head, you need a keen awareness of the world around you. Whether this is global and social consciousness or it means being mindful of those in the grocery line behind you, social awareness requires you to be aware and connect appropriately with your environment. Researchers often measure social awareness by a person’s decision-making skills, sense of social responsibility, and ability to judge reality. Interpersonal Management.
Finally, EQ requires smart interactions. One essential thing that EQ has that IQ doesn’t is a practical, social component. For strong interpersonal management, you must combine your understanding of your own emotions, your observations of other people, and your ability to self-regulate, as well as respond to others respectfully.

A person with high EQ who excels at interpersonal management is often a good decision-maker and problem-solver, is not impulsive, manages stress well, adapts to his/her environment, knows how to set boundaries, and is highly empathetic. These qualities help them be effective in interpersonal communication.

Related reading: "What Is Empathy and Why Is It Important?"

EQ is a balancing act between these four pillars, not to mention the attributes within each one. Like with almost everything, strength in one area does not necessarily mean strength in every area. Dr. Steve Steff, a Fortune 500 leadership counselor and founder of Crisis Care International, uses the analogy of human muscles. Each pillar is like a muscle group, made up of individual features that are unique but work together. We want to build muscles for balanced strength and not let any muscles atrophy. So, if one part of your EQ is lower than the other, the natural next step is to develop your weaker features to strengthen the overall muscle group.

Your Emotional Quotient (EQ) Can Change and Grow

This brings us to the best part about EQ and the reason why everyone is investing in EQ research from employers to neuroscientists and psychologists. Emotional intelligence can evolve and change, unlike IQ.

“Intelligence is your ability to learn, and it’s [largely] the same at age 15 as it is at age 50. Emotional intelligence, on the other hand, is a flexible set of skills that can be acquired and improved with practice...You can develop high emotional intelligence even if you aren’t born with it,” write Drs. Travis Bradberry and Jean Greaves, two present-day leaders of the EQ discussion.

The explanation for why EQ can develop over time is rooted in the brain. While the brain is massively complex, for the purposes of explaining how EQ changes, we’ll consider three parts: the spinal cord, the limbic system, and the frontal cortex.

Basic sensory input comes in through the spinal cord and passes through the limbic system (the “emotional brain”) before getting to the frontal cortex (the “rational brain”), where analytical thought happens. This means that your brain usually processes sensory input emotionally before analytically. It also explains why EQ can grow: the emotional brain is essentially a superhighway carrying information from point A to point B, and pathways in the brain are made up of neurons, which can change and grow.

Like with the muscle analogy, the more you “work out” your emotional brain, the more energy you send to that part of your brain. The more energy, the more neurons will build connections in order to carry that energy. One single brain cell can grow up to 15,000 connections! With life experience—and practice—the human mind can learn to be more emotionally intelligent.

So, What Is Emotional Intelligence?

EQ is a person’s awareness of his/her own emotions and his ability to use that awareness in life situations.

In future articles, we’ll delve deeper into why EQ matters, how to test your EQ, and ways to develop it. How well do you understand yourself? Do you use that knowledge to succeed in the world around you? How much does job success depend on healthy EQ? High EQ does not necessarily mean being sociable or emotional, but an imbalanced EQ can manifest as anger or trust issues, a lack of confidence or overconfidence, low-stress tolerance, difficulty making decisions, a feeling of inner turmoil, or struggling to empathize with others.

“I would tell any leaders, as well as my own son: develop your emotional leadership skills because on the technical side there are hundreds of thousands of guys who might have as many technical skills as you.” says Dr. Steve Steff.

>Emotional Intelligence is what makes your personal brand of “smart” completely unique and therefore invaluable. 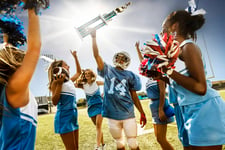 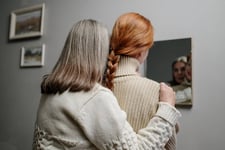 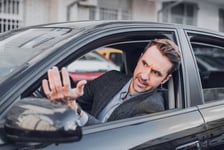 "How Do I Control My Anger?" Learn 1 Vital Emotional Intelligence Skill 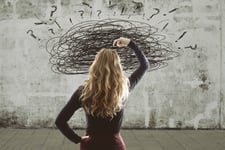