The Meaning of Empathy and Sympathy—and How to Tell the Difference!

You’d be forgiven for mistaking sympathy and empathy for synonyms. Much of pop culture and even many dictionaries confuse the two. On a basic level, they are similar. But in a very meaningful, practical way—empathy and sympathy are two separate practices and distinct emotional responses. We'll identify the difference between empathy and sympathy by exploring their roots and meanings.

There is a distinction, an important one. Look at the root of the words:

late 16th century (in sympathy [sense 3]): via Latin from Greek sumpatheia, from sumpathēs, from sun- ‘with’ + pathos ‘feeling’.

These words look similar, and they are—but not the same. “With” is different than “in.” One implies togetherness and proximity, while the other implies oneness. The word “with” implies two people talking about the same thing; the word “in” is two people feeling the same thing. Very subtle, but different.

Another way to envision this distinction: sympathy may be walking next to someone through hardship; empathy is understanding the hardship from their perspective and walking with them supportively. Sympathy is feeling sorry for a person begging for change, even relieved that it’s not you on the street. Empathy is understanding the discomfort of their situation and how it feels, which invokes an action from the heart.

A Quick Empathy Quiz for You!

Your partner confides in you: “One of my vendors isn’t delivering on time and it’s causing major problems on the job. I don’t know if we’re going to be able to meet our deadline.”

Do any of these responses sound like something you’d respond with?

These are just a few of the many, many possible responses. They represent common reactions when another person shares some difficulty in their life, including fixing, judging, pitying, minimizing, and, finally, empathy. 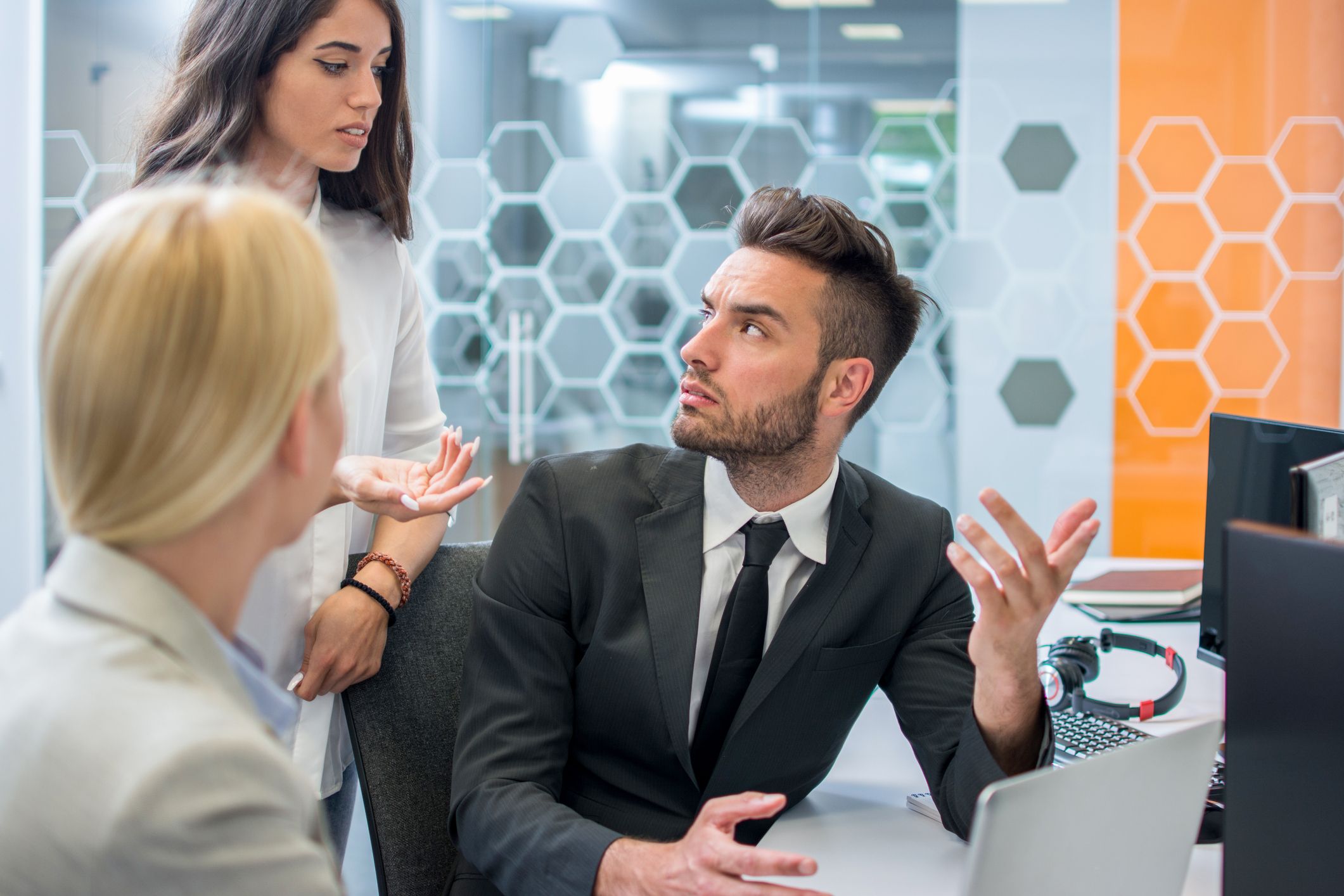 Why the Distinction  Matters between Sympathy and Empathy

The ability to feel another person’s emotions is not a luxury; it is a necessity.

Along with our most basic needs, human interaction is vital for survival. Beyond the social and life skills we learn from interacting with others, think back through human history to why we can empathize.  Human survival at its most primal—the ability to stay alive—has always depended on our ability to collaborate, understand another person’s intentions, and communicate. From escaping predators and establishing trade to technological discoveries, both sympathy and empathy lie at the heart of some of the most integral human experiences.

Even if people don’t know the distinction, they are affected by it. Your challenges may be with your teenager, or your problem may be a coworkers’ gossip and backbiting. The idea is the same: choosing effectively between sympathy and empathy can make or break situations in your daily life. The choice can determine whether understanding is reached or not and whether the relationship grows or not.

Here are some questions to consider:

Of course, empathy is not the only way to address these questions. But it is a powerful tool in establishing thriving relationships, fulfilling communications, and helping you achieve a happy lifestyle.

Related reading: "How to Talk to Someone with Empathy—and What to Avoid!" 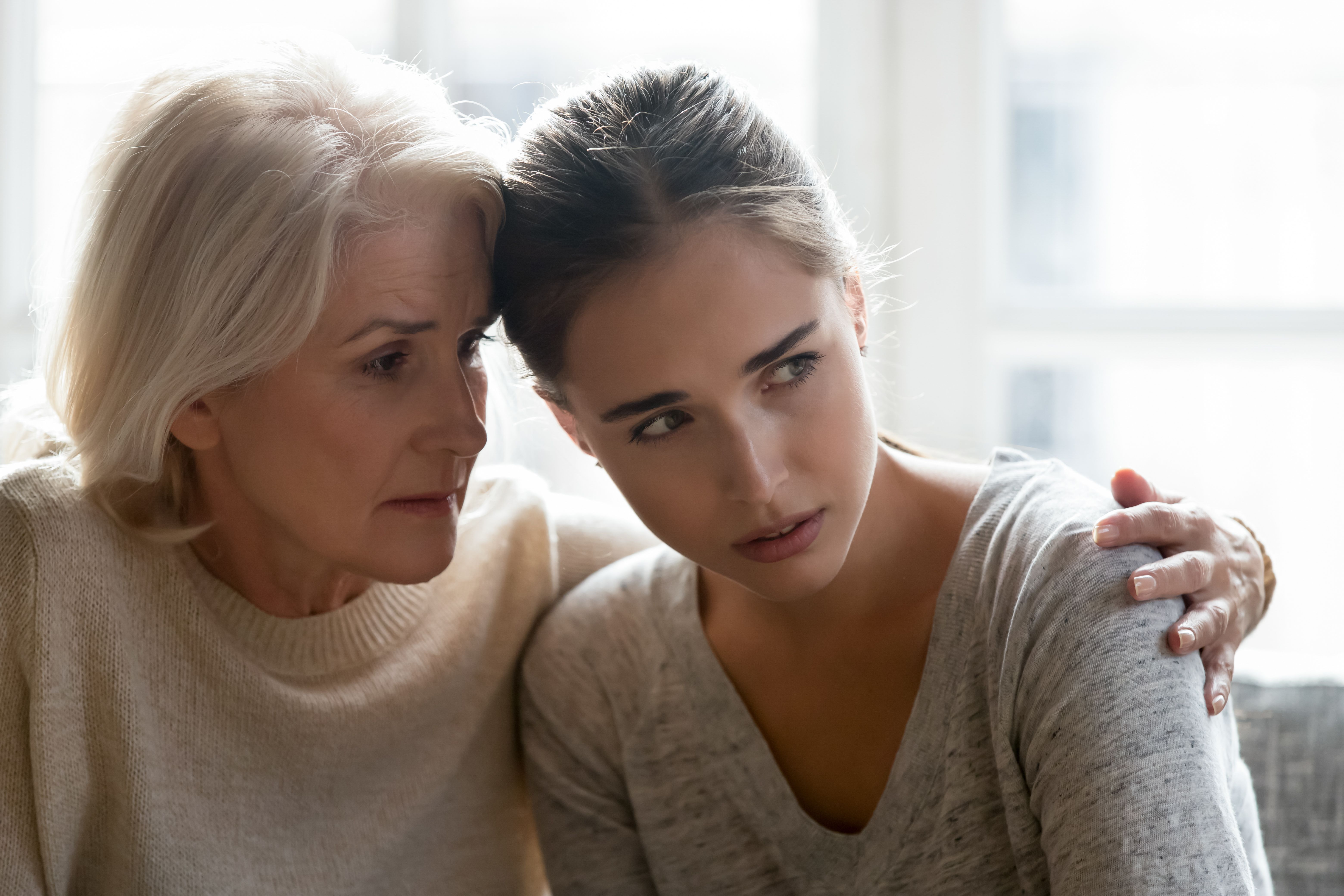 It’s common for people to think they’re empathizing when they’re sympathizing or using feeling stoppers. We should be clear here—sympathy is not “bad” or “wrong.” Sympathy is valid and natural in many situations, but here is the crux: sympathy does not create resolution nor genuine connection and understanding.

Sympathy is a feeling of pity, sorrow for someone else’s pain or misfortune, or an interpretation of another person’s emotions or thoughts. On an emotional level, sympathy is usually only a superficial understanding of the other person. One study showed that sympathy was considered "an unwanted, pity-based response to a distressing situation, characterized by a lack of understanding and self-preservation of the observer."

How does seeing another’s misfortune make you feel? Sad? Annoyed? Angry? Sympathy is how you feel when your body and brain come up against another person’s mental or physical misfortune. It is rooted in you and your feeling. Hence the definition “with.” You are feeling beside someone else, distinctly separate from them.

Empathy, relative to sympathy, is much more a felt thing. Feelings can often be perceived as messy, irrational, weak or overwhelming so it’s understandable that empathy is the less practiced of the two.

The basic definition of empathy is the ability to understand and share the feelings of another. It’s right there in the description: “the feelings of another.” Being empathetic has, at its core, emotions. Honestly, that right there is enough to scare a majority of the population away from looking any further into empathy. Let alone actively practicing it. Empathy falls right into the middle of a feelings’ stew.

Empathy is to put oneself from an inside perspective of another person’s mind, emotions, and body. It is to feel and understand another’s feelings without reacting inside yourself or taking on the emotion. For example, in an empathetic interchange, you wouldn’t walk away feeling worse. The person’s experience is theirs, not yours.

To empathize means to create a safe, nurturing space that helps the person process their experience and to integrate their emotions, so they are better equipped to take illumined action. And an added bonus: they don’t feel alone but connected and supported. 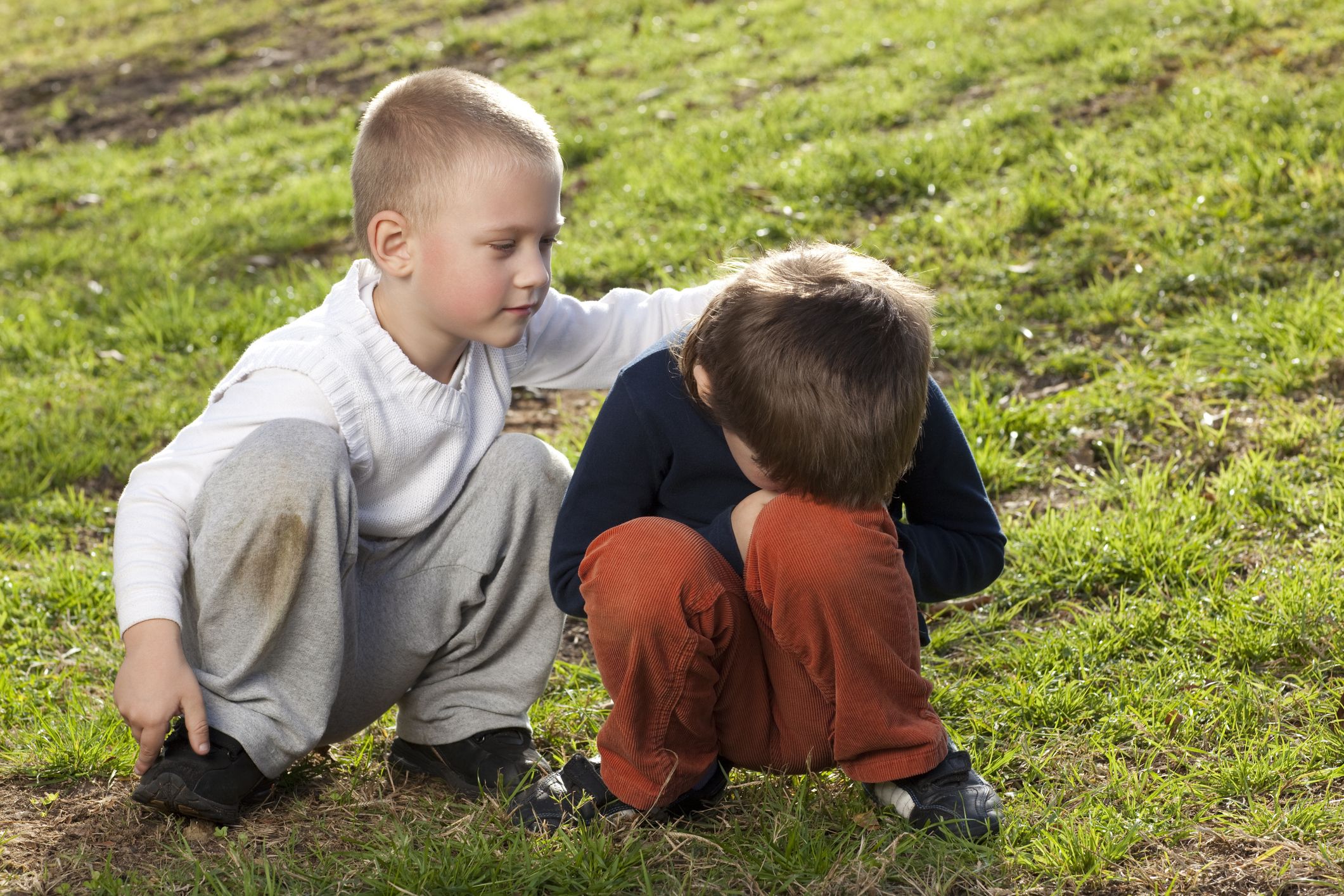 To Sympathize or to Empathize

Sympathy is rooted in being alongside someone else in their misfortune.

Empathy is rooted in feeling the emotions of someone you interact with.

Yes, empathy is more complex. You must be confident enough in your own sense of self to set aside your opinions and feelings to truly relate and step into another’s perspective. It requires setting aside your desire or needs to fix things. It means stilling the thoughts undoubtedly swirling around your mind to understand another person not just on a rational level but on an emotional level. Empathy also takes practice because every situation and person are different, requiring active work rather than rote responses.

And, empathy will connect you more deeply to the ones you care about. It will allow others to work through their own emotions rather than blocking or escalating them, which leads to healing. When done well, empathizing will establish open communication and resonance between people.

To put yourself alongside another in their struggles.

To put yourself inside the human, feeling experience and perspective of another.

To sympathize or empathize ... it's up to you! Hands down though, empathy is the better way and will dramatically increase the quality of your life and relationships when mastered.

If you're ready to learn a step-by-step guide to empathizing and practice this valuable skill, try our workbook, Real Empathy, Real Solutions: 4 Keys to Unlocking the Power of Empathy.

3 Ways to Build Resiliency: Rebound from a Job Loss or Career Change 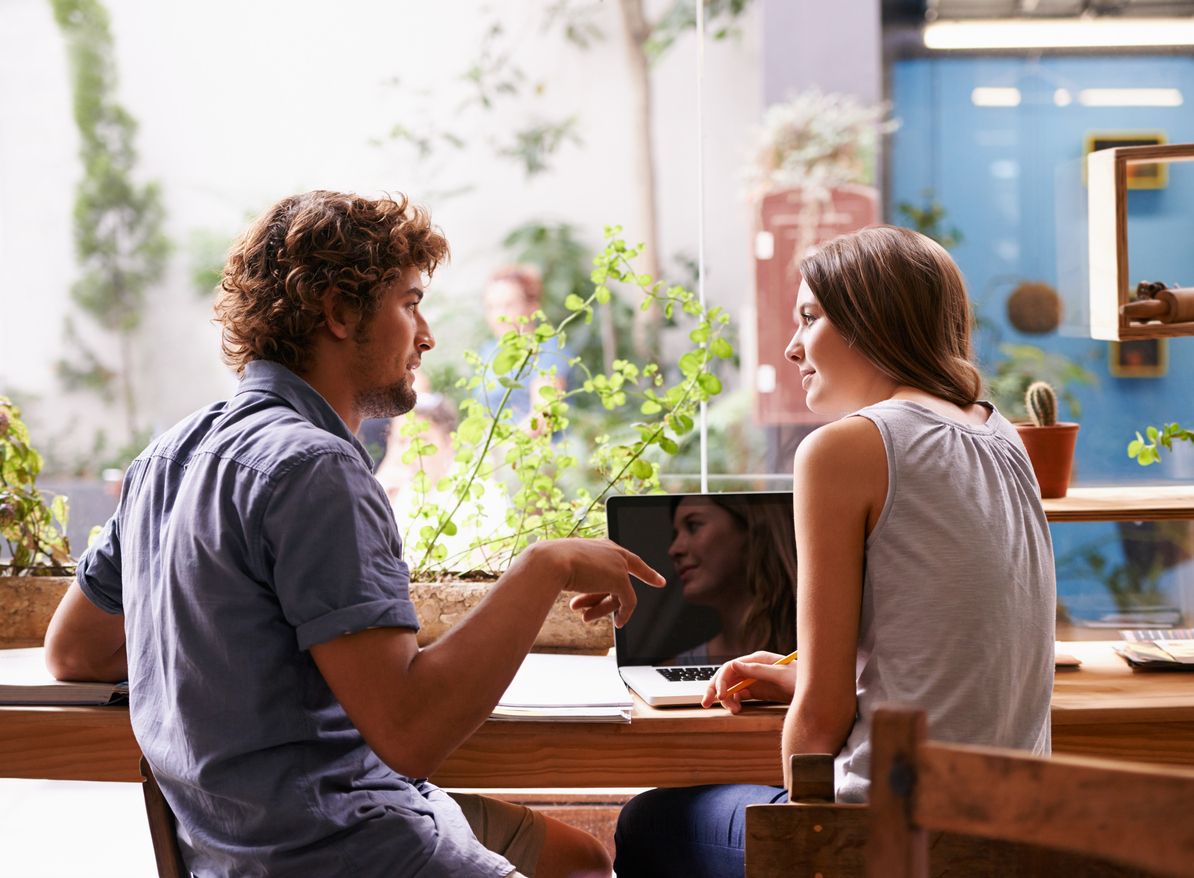 Why Emotional Intelligence (EQ) Trumps IQ in Leadership and Business 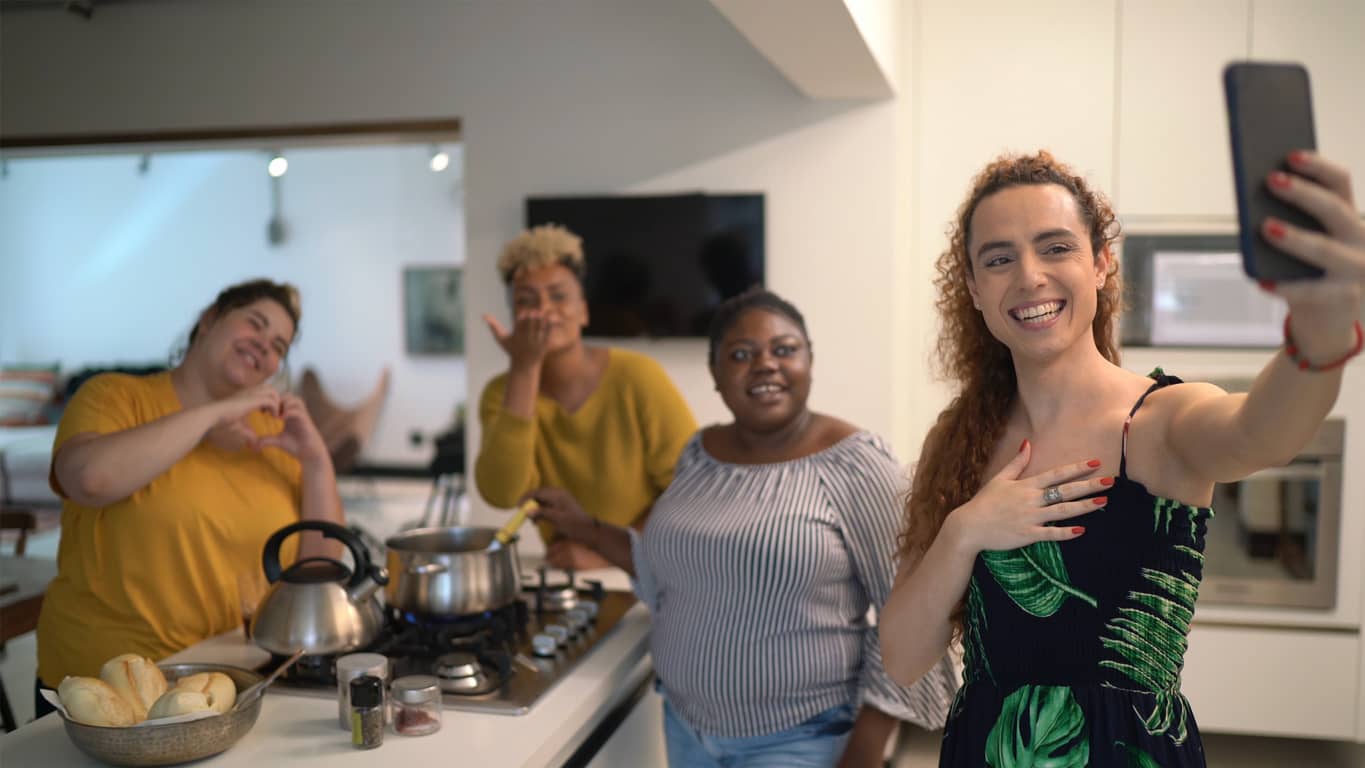 How to Improve Emotional Intelligence in Everyday Life and Relationships

Do You Set Healthy Boundaries or Unintentionally Push People Away?

Posted in Emotional Intelligence, How to Build Empathy