Love Has No Labels 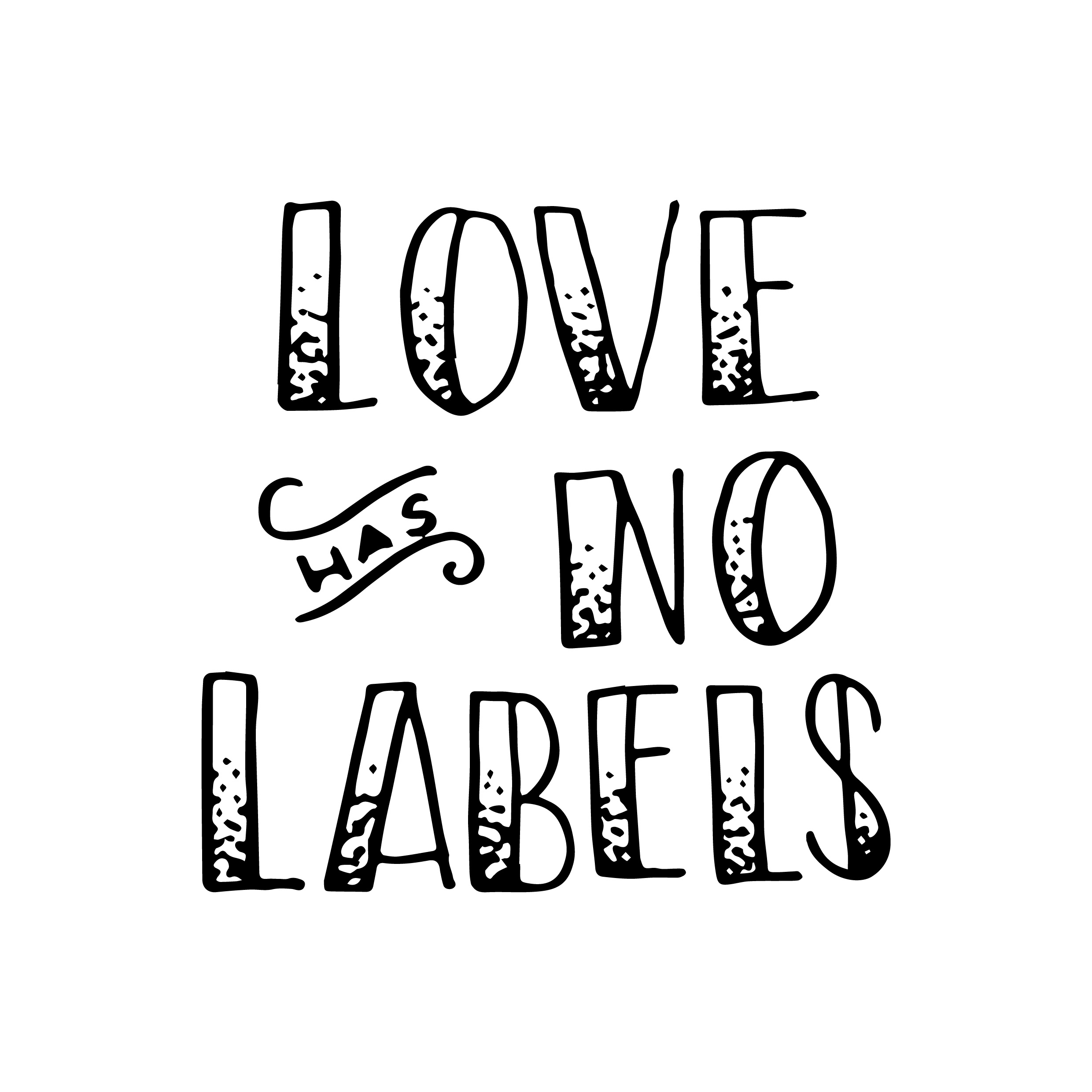 Maybe you’ve seen the images? A white square superimposed over a picture of your friend, mom or coworker, an NFL quarterback, celebrity or news anchor. Inside the box, this phrase: “love has no labels.”

The motto is simple, as the most powerful revolutionary thoughts tend to be: “Before anything else, we are human.”

Personally, I cannot help but think of the opening to Pride & Prejudice, “It is a truth universally acknowledged that…” It seems painfully simple to say that we are human. Obviously, we humans [...]

END_OF_DOCUMENT_TOKEN_TO_BE_REPLACED

How to Cultivate Healthy Collaboration and Team

Nothing is more exciting and empowering than working on a project or playing on a dynamic team—until it’s not. Collaboration and teamwork can be fragile and an energetic brainstorming can go completely awry by a subtle putdown. A co-worker makes a critical comment about a blog posted on the company newsletter. Someone makes a disparaging remark about another person's work. Most everyone has experienced something like this, right?Estimated reading time: 4 minutes
END_OF_DOCUMENT_TOKEN_TO_BE_REPLACED

Create a Healthy and Happy Life with Effective Boundaries 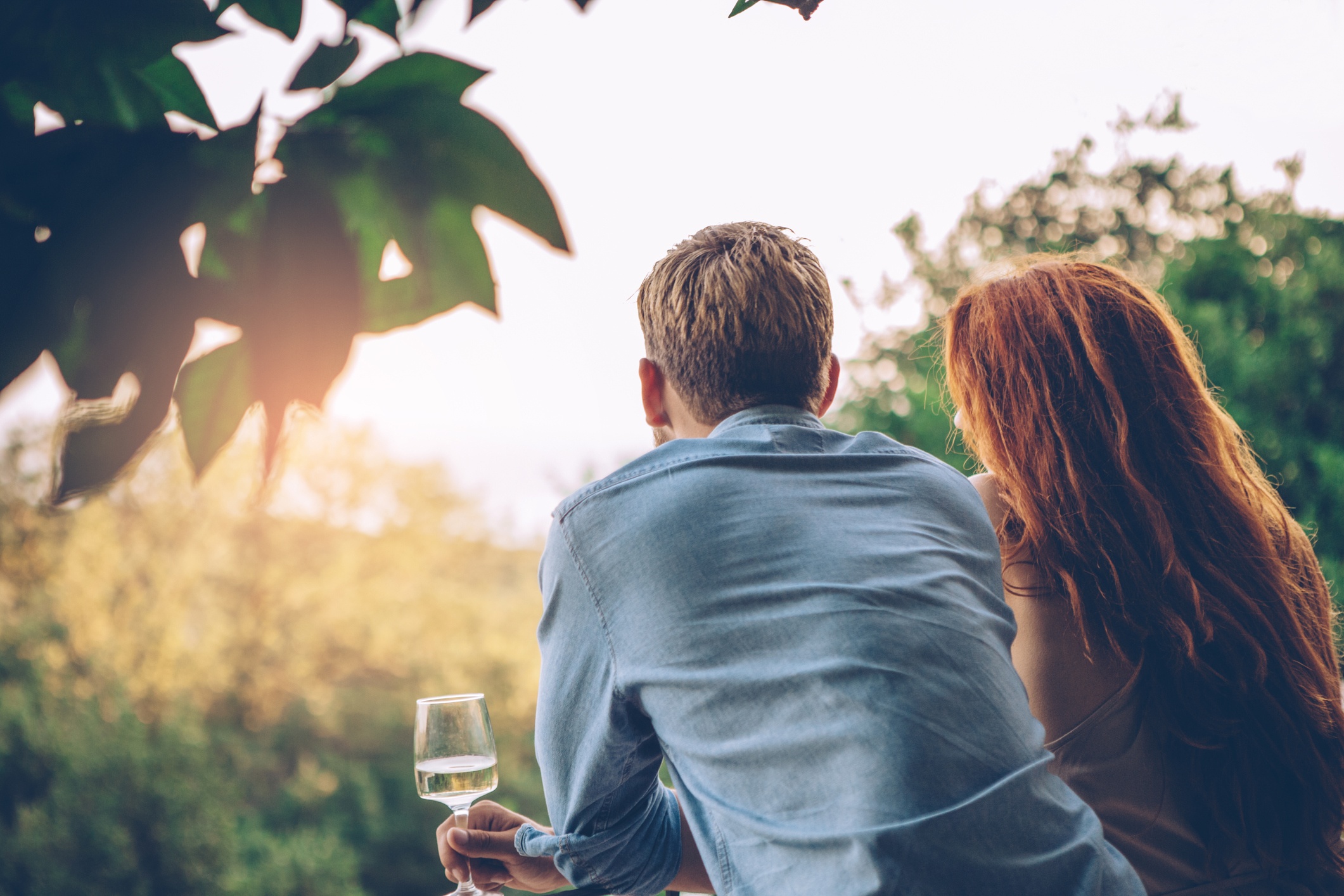 Do you ever think, “When is it going to be my turn?” Do your needs come last—after the needs of your spouse, your children, work, community service, in-laws, siblings, friends, and pets? My needs always used to come last. Years ago, I remember rarely having time or energy for myself and what was important to me. It was very disheartening. And it took me many years of conscious effort to replace my well-practiced compliance and pleasing with strong boundaries that supported my life and relationships.

END_OF_DOCUMENT_TOKEN_TO_BE_REPLACED

How to Give Feedback Effectively for the Best Results Often we hold back from giving feedback to others, even when it’s important to us and to the health of our relationship. Maybe we’re afraid we’ll hurt their feelings even if it's constructive, or we’re afraid of their reaction. Or maybe we think they’ll feel we’re criticizing them. But if we don’t give others feedback, we may hold on to resentment or anger toward them, which can spill over into later communications and even cause distance in our relationship.

END_OF_DOCUMENT_TOKEN_TO_BE_REPLACED 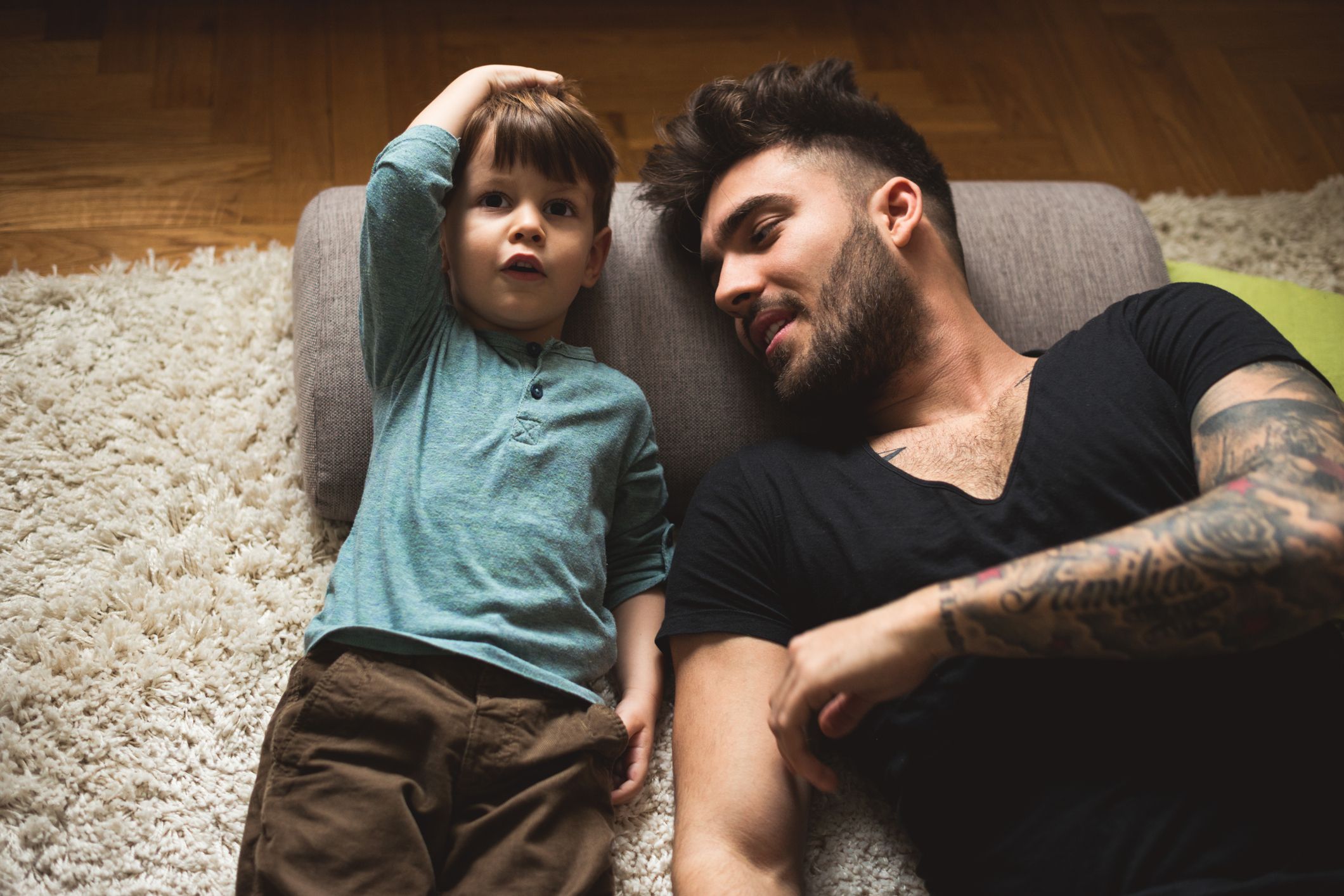 One of the biggest misconceptions about creating healthy self-esteem in children is that praise is the priority ingredient in building it. An unintended outcome of praise can actually be to deplete self-esteem. Why? Because too much praise causes children to become dependent on what other people think, instead of focusing on what makes them happy and how they feel about themselves and their actions. Praise promotes pleasing others and relying on others for validation.

So what do you do instead to build self-esteem and help raise confident children?

END_OF_DOCUMENT_TOKEN_TO_BE_REPLACED

Lying Is Easy; Honesty Is Loving 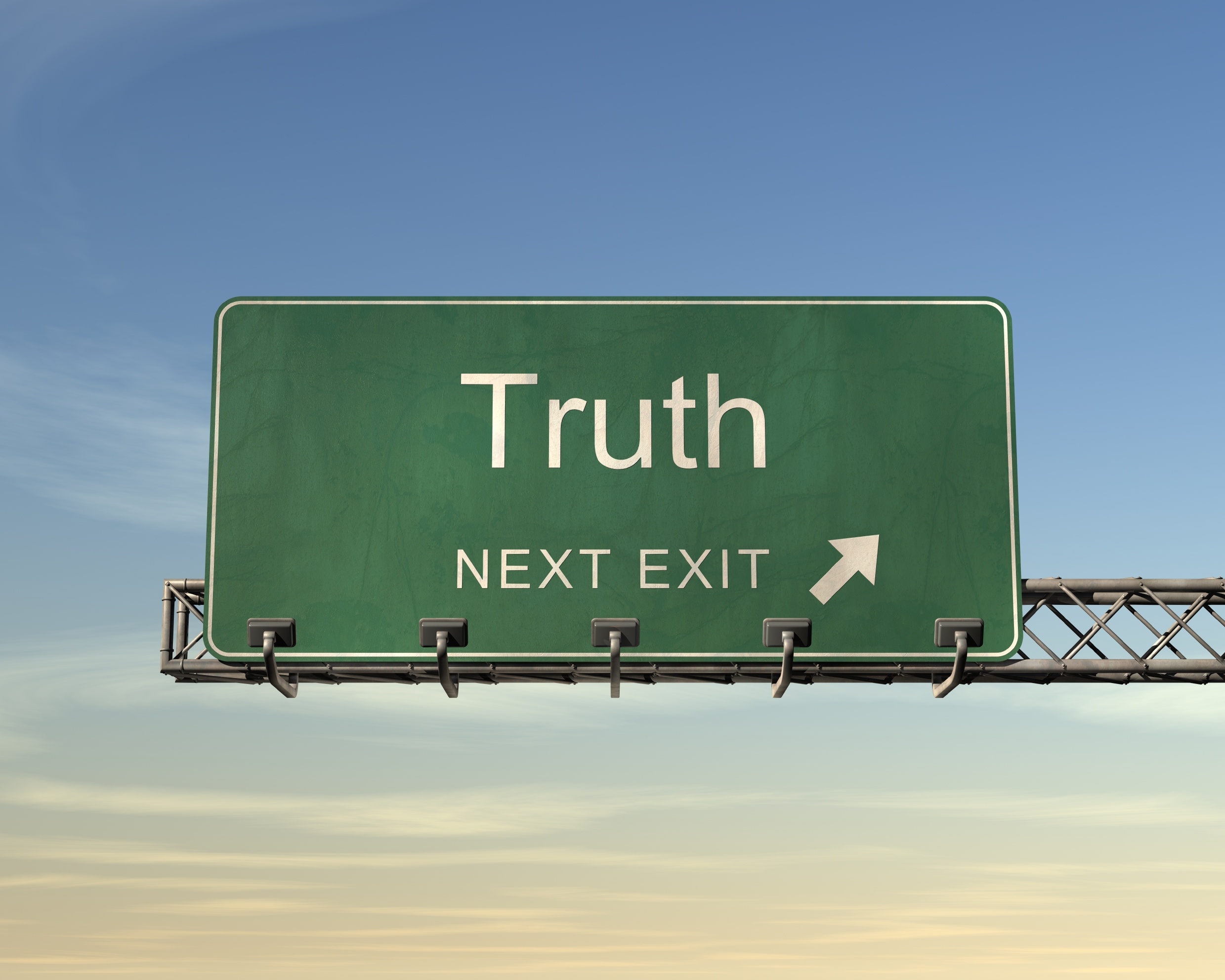 Honesty is a core value I’ve espoused for many years. I didn’t always, though. When I was growing up, I was a chameleon, telling people what they wanted to hear and wanted me to be. It was a game of sorts: fooling people and seeing how smoothly I could transition between my Shakespearean acts. This time of my life came to a screeching halt when, as a young woman, I realized that I was caught in a web of illusion, half-truths, and confusion. So yes, honesty really is the best policy.

END_OF_DOCUMENT_TOKEN_TO_BE_REPLACED

Recently at a small gathering of women, the subject of trustworthiness came up. Many of the women who were present did not feel comfortable sharing within their communities about the struggles they’d had in their lives and relationships. What a shame, when sharing allows us to give and receive support!

One of the reasons for their reticence was the negative experiences that had boomeranged, coming back to hurt them or their partners in the past. We had a wonderful discussion on what creates safety in sharing and our responsibility to create trustworthy relationships, friendships, and [...]

END_OF_DOCUMENT_TOKEN_TO_BE_REPLACED

Values and Work-Life Balance: What Is Most Important? As I sit waiting for my flight at the Denver airport, I am struck by the busy but disjointed scene around me. The gentleman next to me has been surfing the web nonstop for an hour. All but one person out of about twenty at United Airlines Gate B82 are hooked into computers, cell phones, iPads, or a Kindle (including me as I write this blog). No smiles, no conversation.

I remember the warm conversations I’ve had on past travels—delightful exchanges with a dad traveling with his kids, a student on her way home for spring break, a businesswoman who gave me a crash course in wardrobe-building. [...]

END_OF_DOCUMENT_TOKEN_TO_BE_REPLACED

How to Set Healthy Boundaries for a Happy Life Do you find yourself saying "yes" when you really want to say "no"? Do you end up doing more than your share at home or at work? Do your needs come last—after your husband or wife, your children, work, community service, in-laws, siblings, and friends? If you answered yes to even one of these questions, you need to strengthen your boundaries.

END_OF_DOCUMENT_TOKEN_TO_BE_REPLACED

A 150-Year-Old Cactus Speaks to Me of Community Empathy. Tolerance. Understanding. All these key ingredients are essential in thriving families and communities.

It was unfamiliar terrain. I walked in the early morning sun of Tucson, Arizona. One figure captivated my attention: a magnificent cactus that was 150 years old. This Giant Saguaro Cactus was home to many birds and a multitude of insects; it was a bustling beehive of purposeful activity. Single-handedly, it supported a whole community, providing shade, food, and shelter. This environment created by a cactus organically is something that we, as humans, struggle with, regardless of [...]

END_OF_DOCUMENT_TOKEN_TO_BE_REPLACED

Get the support you deserve.
Imprint your baby with love!
—finally an EQ program
for new parents.